Apple’s iOS is gaining popularity across the globe, though at a slow pace.

Google’s Android and Apple’s iOS are facing stiff technological competition from each other.

Android being the undoubted market leader from many consecutive years appears dwindling slightly from its position due to increasing security issues.

It can be attributed to the fact that the vulnerabilities affecting the android OS and related applications have reduces to 178 for this year in comparison to the 1538 vulnerabilities in 2014.

A sneak preview of the vulnerabilities in Android platform in 2015 is as follows: 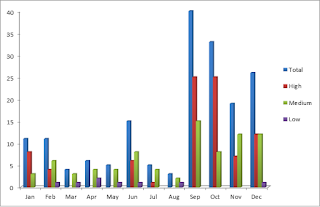 The tremendous efforts to upstream the security of android OS and related applications seems to be going in the right direction. The figures from 2016 will further establish this fact.