Everyone likes to watch nice movies. Movies are just perfect to make every occasion a little more special be it a romantic date, a family evening or an old buddies get together. There are thousands of Hollywood movies being made every year and a over millions of movie records already exist. Sad that we cant see them all, especially with today’s busy lifestyle. Here we have curated a list of top 10 best must watch Hollywood movies from mixed genre that you must watch to get the best taste of each.

Make sure you watch each one of them and we are sure you will like each one more than the other.

Review : “Titanic” is an epic action and romance movie and definitely on of the top of must watch best Hollywood movies. It is one of the highest-grossing movies of all time and still continues to receive audience praises. The sinking sequence has been shot with great perfection and the performances of the lead actors is commendable. 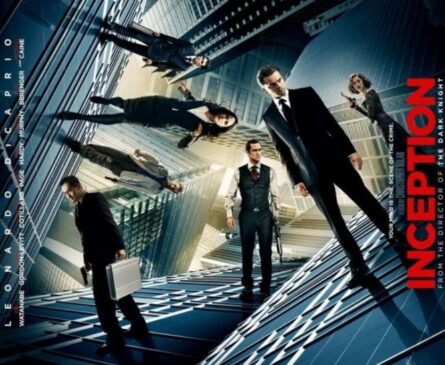 Review : Inception is a total mind-boggler and one of the most original Hollywood films. It explores the complex world of dreams in such an unpredictable manner. The plot revolves around a highly skilled thief who steals corporate secrets through the use of dream-sharing technology. Inception with its infinite world of dreams was nominated for eight Academy Awards and winner of four. Go ahead and watch this superb art piece and you will surely push the boundaries of your mind

Review : This one is an another must watch Hollywood Movie and a personal favorite as it explores the world of stage magicians. It revolves around two magicians and their rivalry takes them both to the peak of their careers. Their race to win also witnesses  terrible consequences. As the film warns you with it’s very first line, you’d best be paying close attention.  Trust me, you are totally gonna fall in love with this masterpiece.

4. THE PURSUIT OF HAPPYNESS

Review : An awesome cast and their amazing acting is what really brings this movie to life. Its a real story based on the life of Chris Gardner, a San Francisco salesman struggling to build a future for himself and his 5-year-old son.

Its revolves around the everyday struggle of a man and his young family who are just trying to keep a roof over their heads and food in their bellies in a very realistic manner. The plot involves the actor being evicted from their apartment and forced to sleep on the streets, in homeless shelters and even behind the locked doors of a metro station bathroom The performances are so natural and engaging that makes you feel as if all the characters are around and you are with them in every step on the way.

Review : “The Shawshank Redemption” is more than just a prison movie, because it has a very amazing story line or plot that deals with finding hope, freedom, and solace. This movie really shows the inside lifestyle of any prisoner and is very interesting to watch. Strong lead actors keep the audience interests intact till the end.

Review : Well, this one is a personal favorite. This is so much more just beyond a regular animated movie. Trust me its so much set in the future and will make you wonder what the future might hold for us in the next Millenium or so. It has a perfect blend of all the elements of imagination, emotions and persuasion.  The story revolved around Walle-E, a robot who is responsible for cleaning a waste-covered Earth and EVE, a robot with whom he falls in love and follows across the galaxy. But it’s not that simple as that. Just have a look and you will fall in love with this masterpiece.

7. THE WOLF OF WALL STREET

Review :  This movie is full of great characters and totally fun to watch. It’s a perfect movie to watch with your friends. The cast was incredibly amazing and a must watch Hollywood movie. Leonardo Dicaprio was great as always! He seriously deserved an Oscar for giving such a brilliant performance.

This movie is based on a true story on a stockbroker named Jordan Belfort and showcases the extremely decadent and extensive lifestyle of Jordan Belfort which is portrayed by Leonardo. In this hilarious comedy, you’ll laugh harder in this movie and enjoy the thrill all the way through in this great-acted film. He is clever, bold, risk-taking and totally badass.

Review : ‘Interstellar’ was incredible and a visual masterpiece. The visuals, the score, the acting, were all very amazing. The plot is definitely one of the most original with fine performances from all the leading cast.

Interstellar is a story about the earth dying, with its soil no longer able to sustain crops which will lead to the extinction of humanity. This movie is set in space and explores humanity’s last hope in finding a new home. It’s an unbelievable Space Odyssey and will definitely keep you hooked till the end.

This is one of the best possible biographical movies made till date. Its based on a true story and is very inspiring.

The tagline “Imagine if you suddenly learned that the people, the places, the moments most important to you were not gone, not dead, but worse, had never been. What kind of hell would that be?” is so interesting and scary at the same time.

The pain is so beautifully portrayed by all actors it’s almost painful to watch his suffering. It strongly gives the message of willpower and hope, through which anything you desire with passion and hard work, will always be prosperous for you.

Great acting, brilliant cinematography and a beautiful story just blends together to make this movie A Beautiful One!! 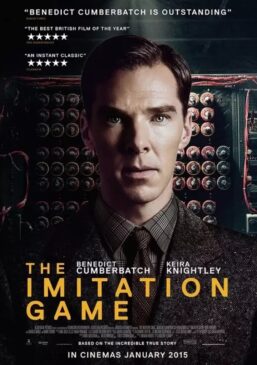 Review : Based on the life of the brilliant British Mathematician, Alan Turing, during WWll who broke the Nazi Egnima code

Watched this movie recently and it was awesome, everything was just perfect whether it is acting or story and cast or screenplay, it was beautifully composed.

An attractive and powerful screenplay by Graham Moore proved to be an incredible delight for the eyes and mind.

The Imitation Game was nominated in eight categories for Academy awards.

There is one dialogue from the movie that I will always remember,  “Sometimes it is the people no one imagines anything of who do the things no one can imagine”

Very good write-up. I certainly love this website. Thanks!