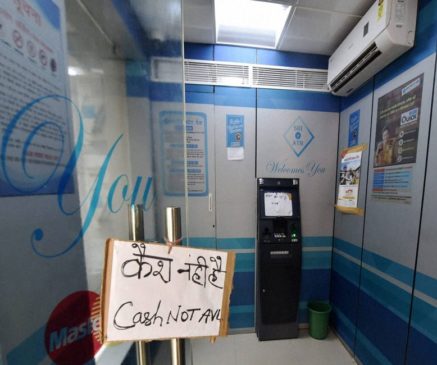 Understanding the need for Energy Efficiency in ATM environments

The Banking sector has been making straights by using information technology as a platform which has brought a complete paradigm shift in the functioning and delivery of banking services. ATMs, mobile banking and online payment facilities have obviated the need for customers to visit a branch. With the growing economy of India, the banking sector has installed thousands of Automated Teller Machine (ATMs) throughout the country. There are over two lakh Automated Teller Machines (ATMs) owned by various banks in India. Increasing digitization and financial inclusion, demand setting up of ATMs in each nook and corner of the country. To banks ATMs are cost centres, involving high upfront investment and recurring costs. 24*7 ATM cooling and lighting energy bills are a major operating cost. The use of energy efficient appliances can bring down electricity bills and ATM operating costs.

According to the Lawrence Berkeley National Laboratory (LBNL) study of room Air- Conditioner (AC) sector in India, the room AC growth is expected to add about 150 GW to the peak demand by 2030 if the present rate of enhancement of efficiency as under the BEE star labelling initiative in ACs is maintained. However, if measures are taken to leapfrog efficiencies, much in the same manner as has been done in the case of LEDs by Indian Government, this can limit the peak demand to 90 GW. The increasing demand for air conditioners thus poses a challenge to electricity grids, which are already struggling to satisfy existing demand. As per a recent study by International Energy Agency (IEA), the penetration of ACs will rise from 5% to 70% by 2040. In 2018, the annual productions of ACs are around 7.3 million and the market is growing at an annual rate of around 13%. The efficiency of ACs is regulated by BEE through the STAR labelling system where the efficiencies are enhanced every 2-3 years. Most efficient ACs being awarded with star 5 this has efficiency threshold as 4.5 ISEER. Best Available efficiency as per BEE record was 6.2 ISEER for 1 Ton AC in 2017.

If the ACs and lights in all the ATMs are replaced with Super Energy Efficient ACs and LED lighting respectively, it will result in a market demand of 4 lakh SE ACs and 8 lakh LED lights (considering 2 lakh ATMs having 2 ACs and 4 LED lights each). Further it will lead to significant savings in energy bills of ATMs and an overall reduction of peak demand for the country.

Overall, an energy efficient makeover to banks by retrofitting ATM kiosks with super-efficient air-conditioners of over ISEER 5.2 and LED lights, assures a minimum 40% savings in annual electricity bills. These super-efficient devices can be sourced from market. This win- win proposal carries huge reduction in operating energy cost for Banks/ATM operators. There are other energy savings interventions like installation of solar roof top and appropriate insulation material with optimum thickness for ATMs that may provide significant economic and environmental benefits.

A pilot demonstration program for banks may be taken up in an urban city in India to establish the base case and energy efficiency potential. A strategy borne out of India’s imperative to reduce bank energy bills and meet climate mitigation commitments is surely a great step towards clean energy.